How to Get Rid of Coyotes 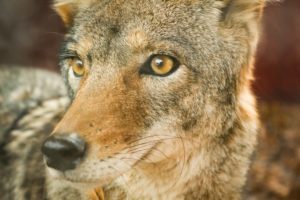 It used to be that coyotes kept to themselves. These shy canines prefer rural habitats where they prey on small mammals and live in packs. However, as our cities grow, we are encroaching on their natural environment and many coyotes have been forced into an urban existence. This poses a problem for them and for us.

In Southern California, the coyote population continues to explode and they are becoming more aggressive.  Since 2013, coyote attacks on humans have risen every year in Los Angeles and Orange Counties. While this is alarming, the more common danger is an attack on your household pet.

A coyote will stalk dogs and cats for quite a while before initiating their attack. Many times, it’s not just one coyote, but a pack that works together. The pack will run small animals until they are exhausted and then kill them once they have them cornered.

How to Protect Your Pets from Coyotes

The best way to protect your household pets from coyotes is to keep them on a tight leash. If you suspect there are coyotes in the area (and you will hear them), don’t turn your dog out into your backyard. Instead, walk them on a lead and take a strong flashlight. Coyotes tend to shy away from bright lights.

Keep your cat indoors. There is not much a cat can do against more than one coyote on the hunt. Coyotes and cats both hunt the same prey, small rodents, and therefore can easily cross paths.

You can also protect your pets from coyotes by eliminating the threat. Remove the things that attract these pests in the first place, such as garbage cans or automatic dog feeders. Actually, one of the bigger draws for coyotes in Southern California is fallen fruit. Coyotes are like dogs and while primarily carnivorous, they also eat fruits and vegetables. Your fruit trees could be the very thing that keeps a pack of coyotes coming back to your yard.

How to Get Rid of Coyotes

As stated, the best way to get rid of coyotes is to remove their food source. Keep in mind that it’s not just the ‘human’ and ‘dog’ food you leave out that’s a problem. You also need to get rid of the rodent population, which is their natural food source.

You can try trapping the coyotes but this is tricky because they are very cautious. If you do trap a coyote, do not handle them without protection and help. While they don’t carry many diseases lethal to humans, the ones they do are nasty. Rabies is common and any scratch or bite requires an immediate trip to the doctor.

The best way to get rid of both rats and coyotes is to call a pest control specialist. Accurate Pest Control, in Irvine CA, can help you remove the threat of coyotes and other pests, so that you can keep your family and pets away from harm.

What You Need to Know About Yellowjackets

hile the world is full of predators and pests, Yellowjackets have a special reputation for being aggressive and annoying....
Read More

Short days and chilling temperatures induce pests to find their way into your home, where they’ll be sniffing around for shelter, warmth and...
Read More

ealybugs are found in warmer climate; inside greenhouses, gardens, and indoor plants. According to Planet Natural,...
Read More

Why do Gnats Swarm?

It’s a lovely day, and you’re walking and minding your own business when all of a sudden, you run into a HUGE swarm of gnats! You try to swipe...
Read More