The rat is capable of having an average of 3 to 8 young every litter and become adults in as little as 5 to 6 weeks.

Rats can live up to 8 years or longer.

Not all rats live close to humans. Of the 56 known species, many live in remote habitats like marshlands and rain forests.

Rats are associated with the spread of the Bubonic Plague in medieval Europe, a disaster that claimed 1/3 of the population.

ALL ABOUT RAT EXTERMINATOR AND CONTROL SERVICE 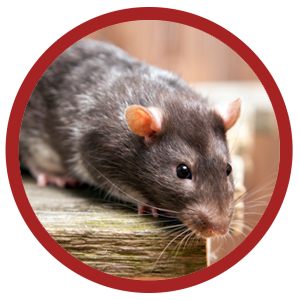 There are two main types of rats that we are likely to come in contact with in California; the Norway Rat and the Roof Rat.

Both are particularly obnoxious pests as they can cause damage to our property by gnawing and chewing through items and can also contaminate our food and living spaces presenting a health risk for people and pets around them.

Rats are vector pests meaning they can carry and transmit diseases to people or other animals. Even today, rats are known to carry and spread salmonella, cowpox virus, Weil’s disease, trichinosis, plague, rat-bite fever, Hantavirus and can exasperate issues in those with allergy or pulmonary weaknesses and sensitivities.

The presence of rats in a home does not necessarily guarantee the transmission of disease to those within your home, but prolonged exposure to them increases the risks and potential of contracting an illness from rats.

Understanding the difference between the two main types of rats in California is helpful in structuring an effective rat control program for your home and can also be helpful for you to know in order to avoid inadvertently coming into contact with them.

While they share many similarities, there are some physical and behavioral differences between the two types of rats.

An adult Roof Rat is typically smaller by approximately an inch than a Norway Rat and has a pointy nose, big ears, and big eyes. Roof Rats have smooth fur, typically black or brown, that is usually darker than Norway Rats with a gray or white underbelly and produce pointy rice-shaped droppings.

Conversely, the adult Norway rat has coarse shaggy fur that is usually brown with scattered black hairs, has a blunt muzzle, has small eyes and ears, and produces capsule-shaped droppings.

Norway rats are bigger rodents whose tails are shorter than the length of their head and body. Though not a perfect gauge, a Norway Rat is more likely to resemble a squirrel, in color and size only, than a Roof Rat.

Norway and Roof Rats have many similarities in behavior and survival instincts. Both rats are known to chew and gnaw through obstacles including drywall, plastics, cables/wires, stucco and other obstacles keeping them from food or harborage.

Both rats are nocturnal, shy creatures who are cautious around new objects introduced into their environment; they tend to follow their established route to food, water, and harborage with little to no deviation. Both rats are opportunistic feeders meaning they will eat just about anything they can find.

Though both rats in general have learned to adapt to survive in civilized and developed environments, they do differ in natural dietary preferences.

Norway Rats are more likely to be attracted to meat, fish, and cereal while Roof Rats prefer to consume fruits and nuts. Roof Rats have also been known to consume tree bark, grains, and to hoard food, stashing away supplies like seeds and nuts.

It is not uncommon for either rat to be found nesting in piles of debris or trash, under concrete slabs, under buildings, in attics, in thick foliage such as ivy or brush, in firewood or in the ground if necessary.

However, as a general rule, Norway Rats’ preference for a home is more likely to be in places low to the ground while Roof Rats are more likely to seek out harborage in high places and are naturally excellent climbers.

Get a Quote for a Rodent Exterminator Specialist

In order to provide an effective rat extermination program for your home, a thorough inspection and assessment of your home, type of infestation, and level of infestation must first be performed.

Your technician will use a combination of information in order to assess the type and level of infestation present in your home. Your technician will gather as much information as possible from you regarding the infestation including sightings, droppings, wall smudges, gnawing or chewing, sound, and odor evidence you may be experiencing in connection with your rat problem.

Information about rat sightings, whether dead or alive, is very helpful in guiding your technician towards finding the root and source of the problem.

Because rats are typically nocturnal and extremely cautious, daytime sightings may indicate that the rats’ normal nesting place has become overcrowded or otherwise disturbed and can be indicative of a particularly large infestation.

Burrows or tunneling outdoors surrounding your structure are also particular pieces of evidence that can lead a technician directly to a nest of rats.

It is not likely that you will want to leave rat droppings around your home for the technician to consider in his inspection, but finding them can prove very helpful in being able to deduce a traffic pattern and type of rat in your home.

Rats try to run along the edge of walls or other large objects as much as possible, to avoid being out in the open and exposed.

When they do so, they leave rub marks or grease stains along the wall caused by the oils in their fur and body. In general, the darker the smudging, the greater the infestation.

These smudges will help your technician gather information about the possible traffic patterns and level of infestation present in your home.

Evidence of gnawing and chewing can help a technician track an overall pattern of travel and traffic. Rats are known for their ability to chew on various objects including plastics, drywall, stucco and more.

Finding the gaps and holes their chewing creates is extremely helpful, and finding shavings and fresh accumulation of debris can be indicative of newer or recent activity.

Norway Rats may create their nests into the ground in the form of burrows or tunnels. It is also possible that either Norway or Roof Rats will build their nests outdoors in ivy or other foliage.

Tell your technician if you notice irregularities in your brush and foliage such as the buildup of debris in a particular area of thick brush.

When rats nest and traffic attic spaces and areas, it is not uncommon for residents to be able to hear their activity as they scurry through the space above them.

It is possible to hear their squeaking, gnawing, and scratching of walls and other objects. Rat activity is most likely to be heard in the evening and nighttime hours.

Because it is not likely that you will have your Accurate Termite and Pest Control technician in the late evening hours, please be sure to share with your technician any sounds you suspect may be caused from rats as it can be very helpful in determining where rats may be nesting in your home.

Fouls smells can also be a byproduct of a rat infestation in your home. The evidence of foul smells may also help your technician deduce the level and size of infestation as well as the possible location of their nesting places.

Rats are known to urinate and defecate in the areas they nest in. A distinct odor of ammonia may become noticeable in the presence of high levels of infestation.

In some cases, you may also smell dead rats in your walls or other areas of your home. Be sure to share with your technician any information regarding foul smells you may not be able to identify around your home.

Accurate Termite and Pest Control offers professional rat control services based on your property’s inspection customized to fit your needs.

Treatment may include trapping, baiting and exclusion. After a thorough inspection, a trained and state-licensed Accurate Termite and Pest Control technician will make a recommendation for a maintenance program that will best suit your home.

Because each home and each infestation is unique, the methods, duration, and processes of maintenance for your home may differ from that of a different home. Here are some of the methods that may be employed in your home’s maintenance program.

Trapping- Trapping refers to the act of placing traps designed to attract and capture rats within it. Traps differ in mechanics and utility.

When considering traps as a part of rat control, a technician takes into consideration a few things including (1) the location as it relates to human traffic, (2) the visibility of the trap and how it may affect aesthetics of the area, (3) the strength and utility of the trap needed for the present infestation (i.e. spring-loaded traps versus glue traps, etc).

Traps are still a commonly used method in the implementation of rat control because of the proven efficacy and success. If you have any concerns or questions regarding the use of rat traps in your home, feel free to discuss them with your technician.

Baiting- Baiting refers to the act of using state-registered products designed to attract rats to a desired area. A technician may decide to use baits to change or modify patterns of traffic.

Baits are useful in that they can change or alter rodent traffic. By being able to modify patterns of traffic, a technician may use baits to redirect traffic from one area to another; direct traffic into traps or other areas that will prove hazardous to rodents; direct traffic for further analysis of the level of infestation; direct incessant traffic to areas not affecting residents such as exteriors etc. Watch: Rat Bait Stations

Exclusion- Exclusion refers to the act of sealing cracks, holes, and crevices in a structure that may be used by rodents to gain access into a structure and is a crucial part of any building’s IPM program.

To prevent rats from entering the home, the technician will estimate exclusion for all cracks, crevices, holes and gaps larger than a pen cap or ¼ of an inch.

These area(s) should be sealed with cement, steel wool or a mixing compound as applicable. It is not advised that lumber be used to seal these holes, as rats are capable of chewing through those materials.

Exclusion work is an important part of any rodent control program both as a control method for existing infestations and as a preventative measure to keep a problem from reoccurring in the future.

What to Expect: Rodent Service at Home 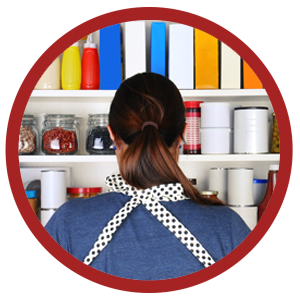 Keep in mind that when it comes to rat control and rat extermination, preventative measures are only effective at helping to keep new rat infestations from making themselves at home within your house.

Preventative measures alone will prove ineffective at ridding your home of an already present rodent infestation.

Once you have successfully completed a rat exterminator maintenance program to rid your home of a rat infestation, consider the following tips to help keep your home free of rats.

Get a Quote for a Rodent Exterminator Specialist

First time customers only. Cannot be combined with any other offer or coupon.