Gophers and moles are both notorious for wreaking havoc

on gardens, lawns, irrigation, and landscaping, which is why it is

Each gopher produces 10-30 mounds a month ranging in volume from a glass full to a gallon.

Moles can grow up to 12 inches long, depending on the species.

Moles have large appetites and may eat up to 100 percent of their body weight in one day.

ALL ABOUT GOPHER PEST CONTROL 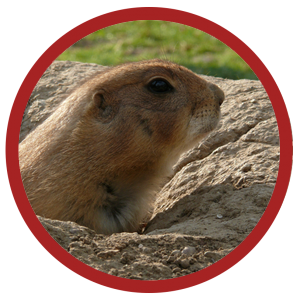 Both gophers and moles are pests that live underground and are very prevalent in Southern California. They are both notorious for wreaking havoc on gardens, lawns, irrigation and landscaping.

They both stay relatively protected from predators in their underground home and are relatively easy to identify by the types of mounds they form at the ends of their burrows.

Both gophers and moles can be particularly obnoxious and tricky to get control of and are commonly mistaken for one another.

Though there are significant similarities between the two, correctly identifying the right infestation is key to creating a plan for gopher pest control in your home.

Perhaps the easiest way to differentiate between a gopher or mole infestation is by identifying their specific type of mound. A gopher makes a horseshoe-shaped mound at the surface of its burrow.

A mole’s mound is shaped like a volcano and can also be found at the surface of the burrow. Because gophers are mostly active during spring and fall, it is most likely to find gopher mounds then. It is possible to see mole mounds being built year round since moles are active all year, irrespective of the season.

Gophers and moles do differ in appearance and can be differentiated fairly easily by their appearance. Gophers’ fur color can vary from black to brown and closely resemble other rodents such as rats and squirrels.

Gophers have small flattened heads with fur-lined pouches in their mouths used to carry food giving them a “cheeky squirrel” appearance.

Moles, however have pointed snouts and are typically grayish in color with significantly large front feet. Because of their underground lifestyle, both have small eyes and ears, short necks, and sturdy front claws for digging.

Another aspect in which gophers and moles differ is in dietary choice. Gophers maintain a vegetarian diet while moles mostly feed on insects commonly found living underground.

As mentioned before, in order to get the infestation under control, it is important to know which of the two pests is invading your home.

In order to provide you with a comprehensive and environmentally responsible plan for gopher pest control, a thorough inspection of problem areas must first be completed.

Get a Quote for Gopher Pest Control

Accurate Termite and Pest Control has trained and licensed technicians who can identify the problem pest and provide you with a customized control program that is based on Integrated Pest Management principles in order to offer long-lasting results for gopher and mole control while acting responsibly towards your family members and the environment.

During an inspection, a technician will want to see or know about any signs of burrowing or unexplained dirt mounds in the area, unexpected dying plants, plants and vegetation that appear to be pulled out and dragged, tender trees or bushes that appear to have been chewed or gnawed, and any pipes or wiring that have chew or gnaw marks.

Based on findings from the inspection, your technician will recommend a gopher or mole control program that will employ baiting, trapping, or a combination of both.

When it comes to any gopher or mole infestation, an effective and environmentally responsible program will always require an ongoing service for a determined period of time.

Depending on the pest and level of infestation, your technician will make recommendations for weekly or monthly visits and treatments.

Beware of any product or service that promises to get rid of the problem with a “one shot that’s all” approach.

These methods tend to only move the pest problem from a known location to a new unknown location that can prove more damaging or detrimental to your home. Also, “one shot” services and products always come with a very high cost and lingering environmental risk. 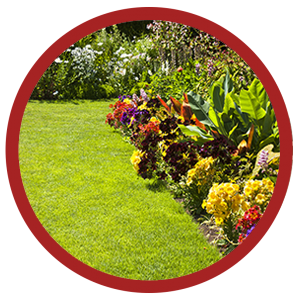 Gopher and mole control is reactive by nature and not proactive. There is not a feasible way that one could predict and restrict an underground path a gopher or mole will want to take.

For that reason, there is not a real way to prevent from ever having them in your lawns and gardens, but in order to avoid a severe infestation, taking immediate action is key.

If you notice any mounds or potential signs of a gopher or mole in your area, addressing the issue immediately will save you time, money, and your landscaping.

Get a Quote for Gopher Pest Control