There are approximately 38,000 known species of spiders. Scientists believe there are probably as many more to be discovered.

It is estimated that a human is never more than 10 feet away from a spider—ever.

Out of the thousands of species of existing spiders, only 30 types are actually lethal to humans.

The world's largest spider, the Goliath Spider, can grow up to 11 inches wide.

TYPES OF SPIDERS FOR PEST CONTROL 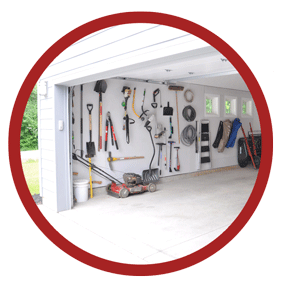 Many species of spiders have been identified throughout the world. In California, the most common types are Black Widow Spiders, Cellar Spiders, Brown Widow Spiders, American House Spiders, and Grass Spiders.

Typical spider anatomy consists of three to four pairs of eyes, two main body segments, eight legs, but never any wings or antennae. Spiders do not typically bite as they don’t actually have chewing mouth parts. Instead, they utilize digestive enzymes in their saliva to break down prey for consumption.

Almost all species of spiders are predators, although one plant-feeding species has been documented. They do not typically consume large food particles because of space limitations in their gut.

Spiders are commonly known for the webs they spin. Spider webs are made up of a silk material that is elastic, adhesive and strong. The silk is used by spiders to construct egg sacs, reinforce and support their dwellings, and create traps for potential prey.

Different species of spiders create different shapes of webs. Some webs are symmetrical and geometrically aesthetic, while others appear haphazard and chaotic.

While spiders are more commonly associated with living in webs, some live in burrows and other free ranging spiders live in cracks and crevices.

Spiders who prefer to live in moist areas can be found in basements, crawl spaces and other damp parts of buildings. Other spiders prefer dry warm areas such as sub-floor air vents, upper corners of rooms, and attics.

Black Widow Spiders: – famous for its temporary debilitating bite and red hourglass mark on its back. Black widow spiders prefer quiet areas in and around your home and create disorganized webs. They prefer not to be disturbed.

Cellar spiders – one of the most common spiders around, they are also one of a couple of species of spiders referred to as Daddy Long-Legs. They do have particularly long legs and prefer to hide out in dark, cool, damp basements.

Brown widow spiders – cousins of the more notorious black widow, they bear a slight resemblance to their infamous relative. They also prefer not to be disturbed and have a red or orange hour glass marking on their backs, but are slightly longer and thinner than black widows.

American house spider – the house spider is probably the most common and plentiful spider in the United States. They are generally muddy brown in color. Their bodies are roundish and can be confused with black widows, but are not considered dangerous.

Grass spiders – they weave sheet webs that have a funnel in one area where the spider hides. These spiders are very fast and build their sheet webs across bushes, lawns and shrubbery.

In general, spiders do not seek to interact with people and are extremely unlikely to attack a person when undisturbed.  An interesting fact about spiders that many don’t know, humans actually present more of a danger to spiders than spiders do to humans.

As a general rule of thumb, make sure you have a regular spider pest control program in place that includes servicing any play areas and play equipment to keep children from coming in contact with a potentially harmful spider.

Over the years our trained, state licensed technicians at Accurate Termite and Pest Control have become experts in spider pest control. Spiders’ natural ability at being stealthy predators makes them a particularly challenging pest to control.

Get a Quote for Spider Pest Control

Because there are a number of possibilities for the type of spider infesting your home, a thorough spider pest control inspection is built on the information you provide your technician. Share with your technician the details of the location, time of day, and context surrounding spider sightings in your home.

It makes a difference whether the spider problem you see is in your closets in tall corners or outside among children’s play equipment.

Based on the information you provide, an Accurate Termite and Pest Control technician will be able to deduce the type or types of spider(s) invading your home and build an effective spider pest control program from there.

An important part of spider control is reducing as many possible entry points as possible. For more stubborn indoor spider problems, your technician will want to make note of any poorly screened windows and doors, as well as cracks and gaps around door and window frames.

An Accurate Termite and Pest Control technician can present you with a comprehensive spider pest control plan that will
(1) keep spiders away from you, your family, and your pets

(2) control the spiders’ food source to make sure they stay away.

The products that your technician will include in your customized treatment program may include the use of some sprays. Regardless of the products chosen, an Accurate Termite and Pest Control technician will never recommend or use products in or around your home that have not been properly registered and cleared for use in residential and living spaces.

Accurate Termite and Pest Control will always provide you with a maintenance control program that includes the latest Integrated Pest Management Principles.

Integrated Pest Management (IPM) is an ecosystem-based strategy that focuses on current control of infestations and long-term prevention of pest infestations through a combination of non-chemical techniques and the use of responsible pest control products only when necessary.

Because spiders are so prevalent in our area, they are often one of the pests that may require that your maintenance program include regular visits and service throughout the year.

Your technician can offer options for maintenance programs that can keep spiders at bay all year long.

Get a Quote for Spider Pest Control 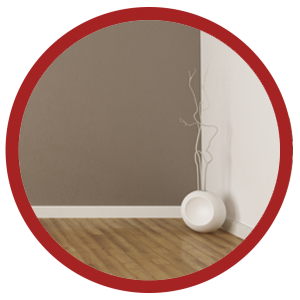 You can prevent spiders from returning or proliferating in your home. Remember to do the following around your home: