Incidents of bed bugs have increased 81% since 2000

Bed bugs can live up to 18 months without feeding

ALL ABOUT BED BUGS 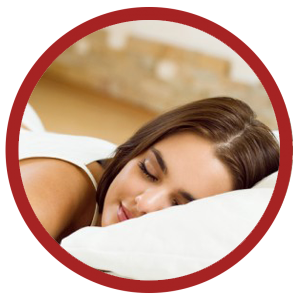 Bed bugs are parasites that preferentially feed on humans. They do not fly or hop, but are fast-moving insects that are nocturnal blood-feeders.

Bed Bugs are not native to the US and were, for the most part, not found in developed countries in the 1940s thanks to the constant and proper application of pesticides. However, since then, bed bugs have acquired resistance to pesticides.

What’s more, the ease of international travel has made it possible for bed bugs to hitchhike from parts of the world where they had not been eradicated back here to the US. Recently, in California, a bed bug epidemic has been on the rise and is arguably the most difficult pest to control as well as the most often misunderstood and mistreated.

Not only can they travel around the world, but they’re very good at moving from place to place. Bed bugs are known to pick up new hosts from hotel/motel rooms, used furniture, dormitories, schools, apartment complexes, movie theatres, retail locations of all sorts, and public transportation.

It is not uncommon for an unsuspecting person to pick up bed bugs, their eggs, or both from any one of these types of locations and bring them home to nest. Once bed bugs get inside your home, they begin multiplying.

One female bed bug will lay 1-5 eggs a day, or an average of 120 eggs in its life. Upon hatching, those juvenile bugs, known as nymphs, will reach adulthood in just 3 weeks. Adult bed bugs seek out blood meals by zeroing in on the carbon dioxide we exhale.

Bed bugs typically find their meal hosts in places where they spend extended periods of time such as in chairs, couches, patio furniture, and bedding of all types. Because we emit large amounts of carbon dioxide when we sleep, bed bug infestations are most commonly found in beds and most bed bug bites occur while we are asleep.

Bed bug bites themselves are painless. A bed bug bite is usually accompanied by severe itching that can last from several hours to days. The salivary fluid injected by bed bugs is what causes the skin to become irritated and inflamed.

However, individuals differ in their sensitivity to bed bug saliva. Older people often do not have a significant reaction to bed bug bites, and can often live with infestations that go unnoticed until a caregiver or relative is bitten.

Those who are highly allergic can experience severe reactions that require professional medical attention. The amount of blood loss due to bed bug feeding typically does not adversely affect the host.

Scientific studies have positively concluded that bed bugs can carry the viruses and diseases found in their hosts’ blood; however, studies are generally inconclusive as to whether or not they transmit those diseases from one person to the next.

Fortunately, there’s a solution to your bed bug problems. Accurate Termite and Pest Control has highly trained, state-licensed technicians armed with the knowledge, skills, tools, and determination to implement the best bed bug pest control solutions. As with all things pest control,  and effective bed bug pest control program begins with a detailed and thorough inspection.


Get a Quote for Bed Bug Pest Control

ALL ABOUT BED BUGS

Bed bugs are by nature very difficult to find in that they are almost never active during daytime, they are small enough to fit and hide in any crack that a piece of paper can fit in, and they can go dormant without feeding for months at a time when threatened.

A good bed bug pest control program will always require the cooperation of those living in the home. Before your inspection, be sure to have reviewed and complied with all of the preparation instructions provided in order to ensure your technician is able to perform the most thorough inspection possible.

Because it is extremely unlikely that a technician will actually find and see live and active bed bugs during daytime hours, an inspection for bed bugs will consist mostly of looking for and pinpointing evidence that a current and live infestation may be present. 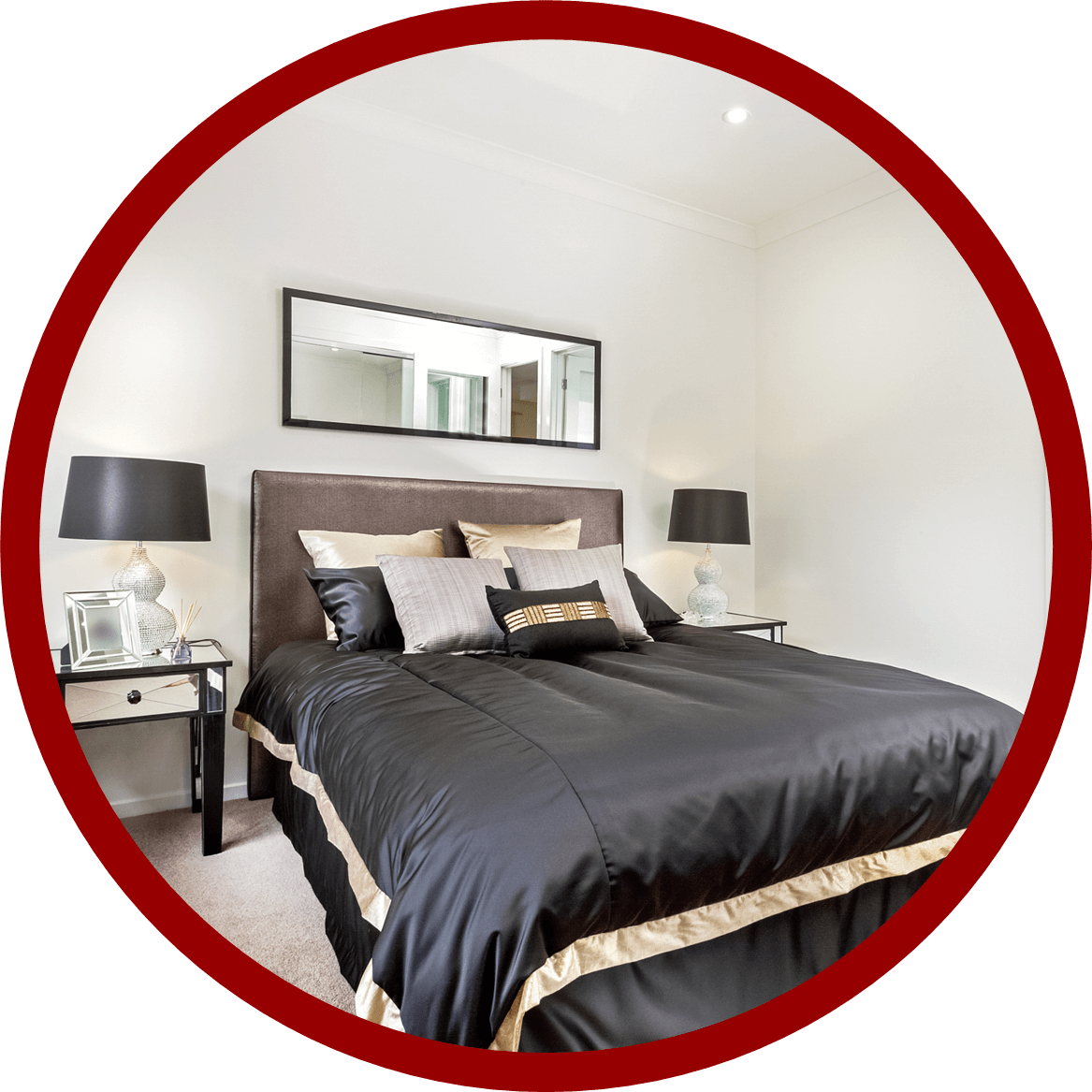 Some of the evidence of bed bug activity a technician may be searching for includes cast-off bed bug skins from molts, and blood spotting on mattresses and/or bedding and linens. If you suspect that you or someone in your home is being bit in specific rooms of the home or while using specific pieces of furniture, please be sure to share that information with your technician prior to beginning the inspection.

If there is a piece of furniture you are highly suspicious of having bed bugs, DO NOT move it or discard it. Allow for that furniture to first go through a thorough inspection to confirm the presence of bed bugs, and then to be treated before removing it from your home. Moving furniture carrying a bed bug infestation creates a high risk of spreading the infestation to other areas previously uninfested.

In most cases, our trained technicians are able to inspect and identify the presence of a bed bug infestation on the first inspection of a properly prepared home.

Please note, however, a thorough inspection may not reveal any evidence of bedbugs at the time of inspection, particularly when the infestation is fairly young or small. In this case, there may not be enough evidence to give a definitive and conclusive finding on the first inspection. 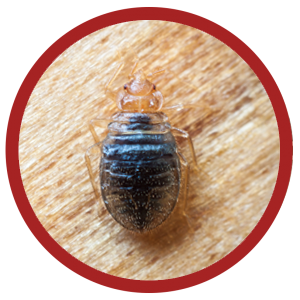 Sometimes the most effective bed bug control can be achieved using specially selected materials that will have a residual, or longer-lasting, effect.

These products may come in the form of applied liquids or dusts, and will be judiciously employed with you and your family kept foremost in mind.

The details and specifics of your home’s recommended conventional bed bug control program will vary depending on a few factors including findings from your home inspection and contributing structural factors such as shared walls or hallways.

A bed bug infestation may be serious enough to consider a whole house eradication method such as fumigation or heat.

When performed correctly, both whole house fumigation or heat treatments guarantee complete eradication within the home and living bed bug-free would be simply a matter of preventing bed bugs from re-entering your home. Both fumigation and heat treatments have the added benefit of offering eradication, certification, and warranty for other pests including dry-wood termites as long as it is discussed with your representative at Accurate Termite and Pest Control prior to finalizing the bed bug pest control program desired for your home.

Additionally, heat treatments have the added benefit of being done entirely without the use of pesticides.

Whichever bed bug treatment option you choose, keep in mind that effective bed bug control is the result of a working partnership between you and Accurate Termite and Pest Control.

Your Accurate Termite and Pest Control representative will present you with a detailed set of instructions that need to be followed rigorously so that our treatment program for your bed bug infestation can achieve maximum effectiveness.

These instructions will start with all the tasks we’ll need you to perform before treatment can begin. Once treatment is concluded, you’ll be informed about all the things you must do to keep bed bugs from re-infesting your home.

You will have access to friendly office staff and a knowledgeable technical team who will help and guide you all along the way–we guarantee it!

Call today to schedule an inspection of your home.

Get a Quote for Bed Bug Pest Control

First time customers only. Cannot be combined with any other offer or coupon.