fleas can jump as high as 8” vertically, which is 150 times their own height.

There are over 2,000 species and subspecies of fleas (that we know of).

A flea can live more than 100 days without a blood meal.

The female flea consumes 15 times her own body weight in blood daily.

ALL ABOUT HOME FLEA TREATMENTS 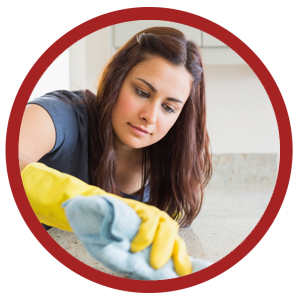 Home flea treatments are tricky, but we’ve got you covered.

Adult fleas are parasites that draw blood from a host. Larvae feed on organic debris, particularly the feces of adult fleas, which contain undigested blood.

Fleas commonly prefer to feed on hairy animals such as dogs, cats, rabbits, squirrels, rats, mice, and other domesticated or wild animals. Fleas do not have wings but they are capable of jumping long distances when looking for new hosts.

The adult Flea is about 1/8″ long and has a flattened body (compressed side to side) for ease of movement through animal fur. An adult flea is typically brownish-black to black in color and will be reddish black when full of blood.

Eggs laid by fleas do not attach to their host, but instead to clothes, the ground, in rugs, carpet, bedding, upholstery, or cracks in the floor and hatch usually within two days.

Flea eggs deposited by the female adult fall off your pets as they move, allowing the eggs to be disbursed throughout the environment in which a pet resides. Flea eggs represent about half of the entire flea population present in an average home.

Once a flea egg hatches, it becomes a larva and makes up about 35 percent of the flea infestation. Flea larvae are mobile and will move slowly from one location to another by crawling.

Flea larvae move to locate a favorable location that provides the food, protection, shade, and moisture necessary for the larvae’s survival. Once those conditions are found, larvae will spin cocoons in about 5-20 days after hatching from their eggs.

The cocoons are the flea’s pupal stage and account for about 10 percent of the flea population. This cocoon stage is the last developmental stage before the adult flea emerges. If environmental conditions are not right for emergence, the cocoon can protect the developing flea adult for months.

The adult flea does not emerge until a potential host is detected by vibration, rising levels of carbon dioxide, and body heat associated with a potential host. A pet walking by – or people moving in the house – alert the flea to emerge from its cocoon in order to feed.

Once a flea has emerged from the cocoon, it will begin taking a blood meal on a host within 24-48 hours. Shortly after the first meal, adult fleas will mate and the female fleas begin laying eggs on her host within a few days. Female fleas are not able to lay eggs until they obtain a blood meal. 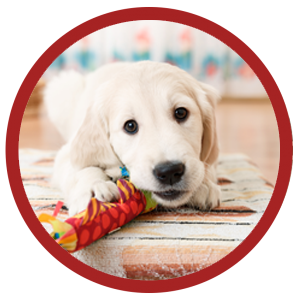 While it is unlikely, it is a common misconception that you cannot get a flea infestation in your home if you don’t own any pets.

Fleas can jump about 6-13 inches vertically from a host and latch on to pants, socks, or shoes when in search of a new host. Fleas are more commonly found where animals sleep and frequent, including their avenues of travel.

This makes areas such as parks, neighborhood walkways, and other areas frequented by animals and pets a greater risk for picking up an unwanted flea infestation. It is also possible to pick up a flea infestation from another human at work, restaurants, retail spaces, etc. who may have an infested pet at home.

On some occasions, fleas may infest a home when the host they previously fed on is no longer around. In such a case, fleas focus their feeding activity on other hosts that reside inside and remain in the home.

An example of such a situation is when a mouse or rat inside the home is trapped and removed; the fleas that previously fed on the rodent are then forced to feed on pets or people.

Fleas feed on the blood of their hosts and can transmit blood-borne diseases from one host to another.

Approximately 75 percent of fleas are associated with rodents making them one of the greatest proliferators of blood-borne diseases even today.

Among others, some of the diseases known to be carried and spread by fleas nowadays include:

Get a Quote for Home Flea Treatments

As with any successful home flea treatments and pest plan, inspection is crucial in being able to locate, identify, and control a flea infestation within a home. A successful inspection begins with gathering as much information as possible regarding the infestation you are experiencing.

Flea bites are often confused with bed bug bites and are generally on people’s legs or lower extremities. If you are unsure if you or someone at home is experiencing flea bites, please discuss with one of our friendly office staff who can help you assess the type of bites you are experiencing. 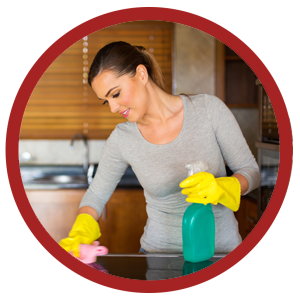 To a trained technician, fleas are relatively easy to see in their adult stage. Your technician will want to focus his/her inspection on areas that are frequented by the host(s) being bitten by the present flea infestation.

In most cases, this means inspecting the areas where your pet sleeps, lounges, plays, and walks through. In the event people are being bitten at home, please tell your technician where flea bite victims sleep, lounge, and walkabout.

Flea eggs, larvae, and pupae are not as easy to spot in a regular inspection. These stages of the flea life-cycle are much more secretive and much less active.

These stages are typically found in out-of-the-way places like behind, under, or inside the furniture; in the pet’s bedding; inside cracks and grooves in the floors; and in the carpets.

Many signs can indicate flea activity.  A common indication would be pets that repeatedly scratch and groom themselves. This is caused by the discomfort of the flea activity as the adult fleas feed on the pet’s blood.

People also may experience bites that leave behind itchy bite marks (a medical doctor can be consulted since there are other sources of skin irritation beside fleas). Flea dirt, the adult flea feces, also can indicate activity. Flea dirt looks similar to coarse ground black pepper and may be seen in pet beds, carpets, rugs, and other areas where the animal host rests.

If you have seen pepper-like granules you suspect could be flea dirt anywhere in your home, please be sure to share that information with your technician to help guide him in his inspection.

Contact Us for more information and quotes for services. 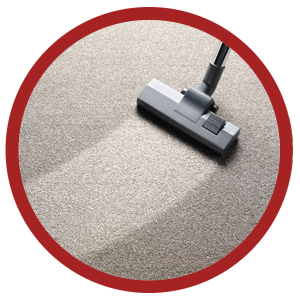 After one of Accurate Termite and Pest Control’s licensed and trained pest control technicians has completed a thorough inspection of your entire home, he/she will provide you with a solution that will not only eliminate fleas, but prevent them from coming back.

Fleas require a multi-step treatment in order to effectively eliminate the entire population. Your technician may employ the use of a few products that may include sprays, dust, or fogs.

Rest assured your Accurate Termite and Pest Control technician will only use the best, most effective products suitable for use within your home and around your family and pets.

Treatment will likely include treating your home’s carpeted areas and rugs as well as all grass and vegetation areas in your home’s exterior.

Special attention is spent on the areas fleas are likely to occur such as shady vegetation, under decks, areas where animals or other hosts rest. Your technician will outline the details of the treatment control program proposed for your home.

When it comes to flea control, an essential part of ensuring the program’s long-lasting success is the pre- and post-treatment work required to be done by you, the resident of the infested home.

Before and After Home Flea Treatments

Prior to home flea treatments, vacuum all carpeting in your home especially under furniture and areas that pets frequent and throw away the vacuum bag or discard the contents of the vacuum canister as applicable.

Clean the vacuum and its components (for those vacuums without a disposable bag system) to remove any fleas or eggs that may be left in the vacuum’s canister or holding components and wash and/or replace animal bedding.

After effective home flea treatments and services, continue to vacuum for 10 days to two weeks to kill any adult fleas that continue to emerge from pupal cocoons.

Eliminate fleas on pets by taking them to your veterinarian as close as possible to the date of your home’s flea treatment. Clean up pet areas indoors and outdoors and remember that sanitation is important for complete and lasting control.

Employing exclusion practices is important for many pest problems, but exclusion does not have a major, direct benefit for flea control.
However, sealing cracks, gaps, and holes to help keep rodents or other potential hosts from gaining access into the home is an important indirect way to keep fleas outside.

The most effective way to keep fleas from getting inside the home is to eliminate outdoor flea habitats and outdoor hosts, plus using area-wide flea control chemical products and veterinarian-approved flea control products on pets.

Get a Quote for Home Flea Treatments